BETHLEHEM (Ma’an) — Arab MK [Member of Knesset or Parliament] Basel Ghattas said this week that threats by fellow Israeli lawmakers to remove his parliamentary immunity will not affect his decision to take part in the Freedom Flotilla III.

The Israeli Knesset Committee reportedly voted in favor Tuesday of stripping Ghattas, a member of the Joint List– the Arab parliamentary bloc that won 13 Knesset seats in Israel’s last election– of his immunity from prosecution for joining the the protest flotilla.

The Flotilla is the third of it’s kind to attempt to access the Gaza Strip by sea since 2010, aiming break the Israeli blockade with a convoy of ships carrying human rights activists, European lawmakers, Ghattas, and others.

Israeli Culture and Sport Minister Miri Regev- member of Netanyahu’s Likud party- demanded earlier this week that Ghattas’ immunity be removed if he joined the flotilla.

“We must end the use of the position of MK as a tool to undermine the government. Its time to instill order, and prevent Arab MKs from inciting against Israel,” Israeli news source Ynet reported Regev writing to an attorney general.

The MK argued that that taking part in the flotilla is a part of his job. As he was elected on a platform of helping and representing Palestinians, he told Ma’an that “there is no legal reason that they could charge me of anything, and nothing could affect my decision to participate.”

Ghattas added that Jewish activists from around the world, especially Spain, will be taking part in the Freedom Flotilla III in addition to the previous Tunisian President Muncef al-Marzouki, members of the Algerian and Jordanian parliaments and several political and rights figures.

In response to Israeli PM Benjamin Netanyahu’s vow prevent the flotilla from passing, Ghattas said that the flotilla is peaceful, free of arms, and cannot pose a threat to Israel, adding that the flotilla’s goal is to draw the world’s attention to the blockade and suffering of the Gaza Strip.

Gaza has been subjected to an Israeli blockade for nine years, which includes a complete ban on ships entering or leaving the coastal enclave’s waters.

In May 2010, Israeli forces staged a raid on a six-ship flotilla which ended in bloodshed, claiming the lives of 10 Turkish nationals and sparked a crisis with Ankara.

This week’s outcry by MK Miri against Ghattas mirrored accusations she leveled against MK Hanin Zoabi, also a member of the Joint List and who took part in the 2010 flotilla. Miri argued atthe time that Zoabi was “joining terrorists.”

Ghattas’ resolution to embark on the flotilla comes as several Knesset members have joined in to denounce his decision.

“It is the gravest thing possible that an Israeli MP would join the flotilla whose aim is to help the Hamas terror organisation,” said Israeli Immigration Minister Zeev Elkin from the ruling right-wing Likud party earlier this week.

“Israeli law does not allow anyone to serve in parliament who supports a terror organization,” he railed in an interview with army radio.

The UN Security Council voted down a resolution to end Israeli occupation of the West Bank and East Jerusalem and to establish a Palestinian state within three years.

juancole at Defying US, Sweden to Recognize Palestine (First in Western Europe)

BETHLEHEM (Ma’an) — The prime minister of the Kingdom of Sweden on Friday said that the country would recognize the State of Palestine, becoming the first major Western European state to do so.

Prime Minister Setfan Loefven said during his inaugural address that “the conflict between Israel and Palestine can only be solved with a two-state solution, negotiated in accordance with international law.”

“A two-state solution requires mutual recognition and a will to peaceful coexistence. Sweden will therefore recognize the state of Palestine,” he added.

Although more than 134 countries around the world currently recognize the State of Palestine, the majority of Western Europe and North American have refused to do so out of deference to Israel…

[Read the rest at the Ma'an News Agency ] 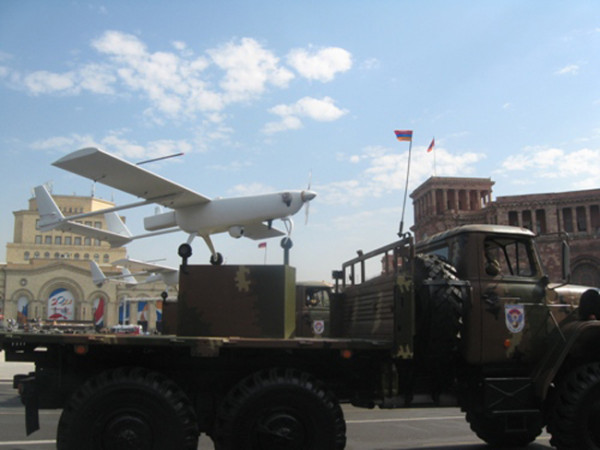 Pretty, isn't she? But as someone once said, "better watch out for the skin deep".

Somewhere, in an attic, is an incredibly ugly portrait...

Isn't rather just a little ironic of a person of this background to be effectively calling for genocide and collective punishment?

What is it that lets people place their nationality, ethnicity, religion as being more important that what is common between all people?

The UK Conservative MP Sir Robin John Maxwell-Hyslop, was recalled his visit to the Knesset.

'After lunch, the Chairman of the Foreign Affairs Committee spoke with great intemperance about the Arabs. When he drew a breath, I was constrained to say, 'Dr Hacohen, I am profoundly shocked that you should preach of other human beings in terms similar to those in which (Nazi) Julius Streicher spoke of the Jews. Have you learned nothing?' I shall remember his reply to my dying day. He smote the table with both hands and said, 'But they are not human beings, they are not people, they are Arabs.' (Hansard, Commons, 18 October 1973)

The death of Nelson Mandela has reminded many of the criminal history of the apartheid regime in South Africa. Whilst others have spoken about the personal characteristics of Mandela, and have done so appropriately [1], it is also unsurprisingly to see a debate on the critical fringes of politics debating the role of Mandela and the ANC, noisily challenging the polite and mainstream celebrations of his life. From the left, there has been those who have criticised the disconnect between politicians like Obama who celebrate Mandela's resistance, yet still find need to condemn and jail those who leak evidence of widespread surveillance against their own citizens and unfriendly spying activities [2]. Others have drawn attention to the long-term recognition held by Mandela, Tutu, and other anti-apartheid leaders who saw great similarity between their condition and that of Palestinians in the occupied territories. Ami Kaufman, at 972mag, picked five top examples of Israeli politicians who condemn apartheid and celebrate its fighters from afar, but not those who are too close for comfort [3]. Matthew Taylor, at Mondoweiss, described Obama's speech both moving and hypocritical on his failure to make the same connection between South Africa and Israel as Mandela did [4]. Reviewing the difference between Mandela's politics and those world leaders who sing his praises, Seumas Milne writes [5]

ANNA News: About a mechanism of provocations for UN Security Council

http://maramus.livejournal.com/89425.html
Investigation of Marat Musin, a journalist with ANNA News A week ago, bandits from Daraa city kidnapped 16 Druzes, citizens of Suwayda city. Martial Druzes decided not to lose time and have taken over 170 Islamists among Daraa citizens for an exchange. Bandits were forced to exchange kidnapped people for their comrades.  At this point the provocation against Druzes could be considered over. However, today six Druze girls were kidnapped in Damascus. In the evening, one of them managed to make a phone call from her cell phone.  Turned out, kidnapped girls were already at the Turkey border that is more than 400 kilometers from Damascus.
Recently, Alawites’ villages were attacked. Taking this fact into consideration a Western policy of civil war initiation in Syria is being traced here. Today they provoke Druzes, tomorrow they will provoke Alawites. Consequently, in the coming days we can expect  a major provocation against Shiites or Christians, Ismailis and Kurds, Circassians and Armenians where their population is dense enough.
Large detachments of gunmen are needed to organize such provocations.  Few hours ago, they saw a showdown of armed bandits with other group of people near the hotel.  They did not hide firearms. Bandits were caring their guns openly, keeping it behind their belts over shirts. Another skirmish occurred in Harasta region.

It's so sad that this is how it is, but this is how it is!
It doesn't HAVE to be this way! It really isn't necessary!
What a wonderful world this could be if the sentiment shown
here was totally untrue! Or if things were totally reversed?
I can dream can't I? 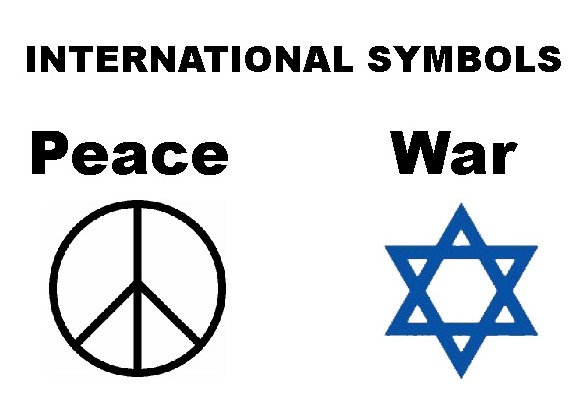 SOLIDARITY WITH ADNAN KHADER
This is URGENT – Adnan Khader’s life is in terrible danger.
It is very scary – will he make it to 60 days?

This Palestinian prisoner is in his
SIXTIETH DAY of hunger strike
against IMPRISONMENT WITHOUT TRIAL
in Israeli prisons.
We call on the International Red Cross
and the international community to take action NOW
to  save Adnan Khader and
end imprisonment without trial.
Adnan Khader was arrested on secret charges on 17thDecember, held in humiliating circumstances and he hasn’t eaten since.  A military court decided on 13th Feb to keep him in jail with no prospect of trial.
He should be released RIGHT NOW.
Join us please
outside the Red Cross offices at 4pm on Tuesday 14th Feb 2012
163 Eversholt Street  Euston, London, NW1 1BU
Camden Abu Dis  Friendship Association  PO Box 34265 London NW5 2WD
www.camdenabudis.net -  Charity number 1112717